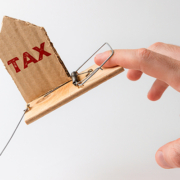 Investors today tend to focus on three major elements in their investing: income, growth, and tax minimization. So, it makes sense that a product that might be able to offer guarantees in the income department and benefits in the tax department could sound appealing. But, beware – the tax benefits of annuities are not always what they seem.

Gains are taxed as ordinary income.

A big selling point for non-qualified variable annuities is tax deferral. Money you put into the contract can grow tax-deferred (much like it would within an IRA) and taxes are not due until distribution. For an investor in a high tax bracket the abilityto avoid an additional tax bill is a benefit. Whether you rebalance your investments inside the contract, dividends get paid, or the investments simply appreciate in value, none of that activity creates an additional tax burden.

Eventually, investors want to access their funds. Upon distribution, all growth within the contract is treated as ordinary income. Ordinary income rates currently span from 10% on the low end to 37% on the high end. Had the investor held securities outside of an annuity contract, their growth may have instead been subject to long term capital gains tax rates which currently range from 0% to 23.8%, if you include the 3.8% Medicare surtax. Wherever you fall in terms of income, long term capital gains tax rates are more favorable than ordinary income tax rates. 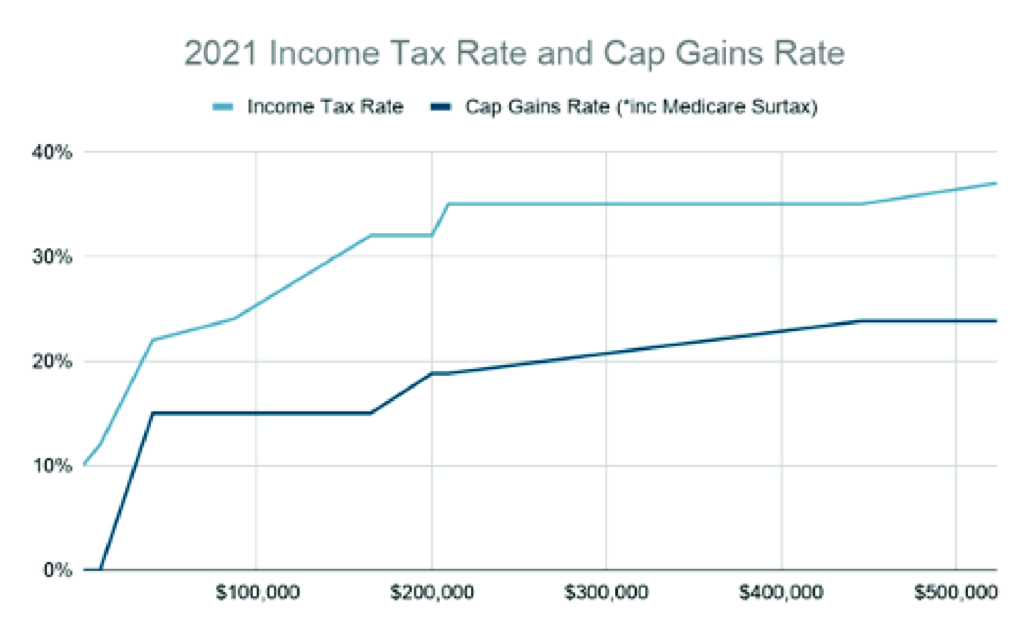 Tax efficient portfolios can be constructed outside of annuity contracts. Securities like individual stocks are not taxed until sold and would benefit from long term capital gains tax rates if held for over a year before sale, as would qualified dividends.  Municipal bonds may also be an attractive vehicle for those seeking tax efficient income.

Last In, First Out.

Annuities are subject to a disposition method called LIFO – Last In, First Out. For annuities, this means that any withdrawals from the contract must first consist of growth before you get to withdraw anything representing principal. We know that growth is taxed at ordinary income rates and, with LIFO treatment, it means that every dollar you withdraw is subject to those rates until you take enough out of your contract to only be left with tour initial purchase/investment.

This differs drastically from what investors may expect from a traditional portfolio held outside of an annuity contract. Typically, when you sell a security to take a withdrawal, that sale will consist of both basis and growth. This means that a portion of those funds will be a non-taxable return of your initial purchase.

An annuity can create drastically different experiences from a tax perspective for retirees. Having to realize ordinary income on an accelerated basis can have a broad reaching impact. For example, Medicare premiums are determined by your Modified Adjusted Gross Income (MAGI). An annuity distribution representing 100% income versus a sale partially representing a return of capital could be the difference between one Medicare premium and another.

Step up? Not today.

A strong legacy tool built into our tax code allows for appreciated property to receive a “step up” in basis when transferred upon death to help the recipient avoid capital gains taxes. While this benefit applies to many assets, it does not apply to annuities. When an annuity contract is inherited, the beneficiary will owe income taxes on growth within the annuity.

Though the timing of that tax liability may vary depending on the payout option selected by the beneficiary, an annuity does leave them with a tax bill that could have been avoided by choosing to invest outside of an annuity wrapper.

Investor A purchases an annuity contract for $100,000 which grows to $200,000. Investor A passes away. Their beneficiary will owe ordinary income taxes on the $100,000 of growth the contract experienced.

If your financial plan consists of leaving a legacy, think about how assets will pass to your heirs and what kinds of tax implications they will face is critical. Position your assets in a way that aligns with your ultimate goals.

It is clear that while annuities offer some tax benefit, there are potential pitfalls. The tax rate you pay on your investment gains, and the timing of when you pay for those gains are critical concerns. And if one of your investing goals is to leave a legacy for the next generation, you should also consider the taxation of the assets you plan to leave behind.

The advisors at Craftwork Capital can help you put together a plan that can be tax sensitive[2] but also avoid the tax traps associated with tax-deferred annuities. Book a consultation today with one of our advisors today to understand whether the Craftwork platform is a fit for your unique financial situation.

[2] Craftwork Capital is not a tax advisor. Discussions regarding taxes as part of a financial plan will be strategic in nature, but you should always consult with your tax preparer/advisor before making decisions that will impact your taxes. 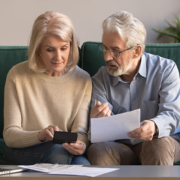 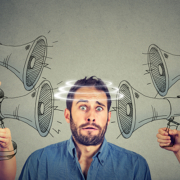 In the age of 24-hour news networks, great political division, and what seems like a devolving level of discourse – it’s easy to feel down about forward looking prospects today. Whether your candidate just won or lost may feel like a beacon of hope or dark cloud is looming. Business for many Americans has been disrupted in a major way in 2020, with some thriving and others faltering as a result of protocols and changes in consumer behavior and even the simple facts about how business is conducted. It would be easy to feel unsettled right now.

In financial services, times like this make it easy to sell products that are rooted in fear. The two products that seem to get sold hardest during these periods are precious metals like gold and silver, and annuities that can insure against market losses. While there are totally legitimate reasons that you may own either commodities or an annuity, considering them in an emotionally charged state is likely to lead to less-than-desirable outcomes.

What makes this so tempting is that it’s not illogical at all. If you become convinced that a crash is coming you’d be silly to sit in equities, right?

As long-term minded investors, we like to think of ourselves as rational optimists. Our base perspective, similar to what Professor Pinker teaches, is that our world is generally improving. Technology is making huge leaps in many fields, computing power that was once unthinkable is now at our fingertips, and our standard of living continues to expand in a big way. Our chosen path isn’t ever to say the crash isn’t coming – we essentially assume it always is. But we also believe in the power of innovation, patience, and prudence to overcome it.

Make no mistake about it, as a human you are hard-wired to have trouble with this mindset. In fact, we would argue many of the same instincts that have kept us alive as a species are the same ones that make patient investing difficult. We learn at a young age to avoid things that hurt us. Putting a hand on a hot stove burns, we should avoid it. If we see a dangerous animal, we should keep a distance and get away from it. When we start seeing red on our investing statements, that same fear response that has kept us alive kicks in. Get your hand off the hot stove; get away from that bear.

Investing is done best with the opposite response. In times of market turmoil we are often served best by adding to our risk assets, or at the very least just leaving them alone. We want to get ourselves out of harm’s way, and instead we should be running towards it or simply waiting for it to pass. One of the world’s oldest and most quoted adages is “Buy low, sell high.” But in practice it’s the hardest to execute.

This is all situational of course, and it starts by not painting yourself into a financial corner before the turmoil starts. If your investment allocations are too aggressive for your situation, you might end up in a spot where you are forced to sell into a bad market simply for liquidity needs. Similarly, if you maintain a risk-on position too close to your anticipated retirement, you may need to keep working simply to give your portfolio time to recover.

Rather than putting yourself in a position where the late-night gold salesman starts sounding like the smartest guy on TV, we recommend getting a second look at your portfolio when cooler heads are prevailing. Make sure your assets are actually in alignment with your plans.

We would encourage you to Book a Consultation if you are concerned about whether you’re positioned correctly. One of the financial planners at Craftwork Capital would be happy to help you evaluate whether our practice capabilities are a good fit for your needs, and make sure your portfolio is set up for the peace of mind that you deserve.